One of the reasons that the AR-15 is so popular in the United States and around the world is that it’s so customizable. There are thousands of different aftermarket parts for the AR-15 that can make your individual rifle unique. Some upgrades are purely aesthetic, while others make the rifle perform better.

One of the cheapest and easiest upgrades for your AR-15 checks both boxes, aesthetics and performance. The Ohhunt AR-15 Ambidextrous Charging Handle is a cool looking upgrade to the standard AR-15 charging handle that everyone is accustomed to. It also increases functionality over the standard charging handle because it can be used by a left or right-handed firer.

Why Upgrade To An Ohhunt AR-15 Ambidextrous Charging Handle

The biggest reason for upgrading to the Ohunt AR-15 Ambidextrous Charging Handle is that it can be used by left or right-handed firers. A standard charging handle only releases the handle from the upper receiver if you depress the release, which is located on the left side of the “T” handle. With the Ohhunt AR-15 Ambidextrous Charging Handle, you can depress either side and it will release the charging handle from the upper receiver.

If you want your AR-15 to stand out from the crowd, an upgraded charging handle is a quick and easy solution. There’s no gunsmithing needed, the user can simply drop the new charging handle into the upper receiver and be done.

The ambidextrous charging handle means that left-handed firers can keep their hand on the pistol grip and pull the charging handle with the right hand. Because the catch can be activated from either side, the firer doesn’t need to grab both sides of the “T” charging handle. That’s the functional benefit.

The other benefit of the Ohhunt Ambidextrous Charging Handle is that it just looks cool. It has a sleek, stylish design that the standard charging handle just can’t match. Many AR-15 owners look for upgrades that make their rifle stand out from the crowd. This is definitely one of those.

Besides the sleek look and ambidextrous functionality, there’s another important reason to choose an Ohhunt AR-15 Ambidextrous Charging Handle. It’s one of the most affordable upgrades that you can make to your AR-15. For as little as $15 you can have a functional and attractive addition to your AR-15 that will make heads turn at the range.

If you’re looking for an affordable upgrade to your AR-15 that is both cool and functional, check out the Ohhunt AR-15 Ambidextrous Charging Handle. It allows you to use either hand to charge the bolt while maintaining your firing hand on the pistol grip. Its design is a major upgrade from the standard AR-15 charging handle. All in all, it’s a win-win. You won’t be disappointed.

Back to blog
★ Judge.me Reviews

Let customers speak for us

The website said its 13.5 inches long, which is incorrect; when I received it, I discovered it was 13 inches long.

This is my 2nd handguard from OhHunt which just proves my theory that aluminum doesn’t have to be expensive to be of good quality. I thoroughly plan on ordering more parts from this company. Thank you.

Fit and finish on this is pretty terrible. It's either lined up left to right and about 5 degrees off level, OR you can get it level with the rail on the receiver, but it's offset about 2 millimeters to the left.

Rail is excellent, thanks!

This Handguard has all the features I wanted. It's also rigid and durable, yet lightweight. I like everything about it, BUT, there's a noticeable gap. The gap issues I had read in other's posts are small compared to my gap on the rail for this handguard. Mine is fairly large and the upper I'm using is a Milspec Aero Precision upper.

There's no way I can fix this gap unless U find some other barrel nut that will accommodate this upper... I've tried 4 I had laying around and none fit. This company doesn't make either Milspec or their machining is not precise enough to be paired with a Milspec upper receiver. I also do not like the unfinished flashing that seems to be on the edges. It seems unfinished and painted over. You can file it down and repaint it. This is why it's cheap. This is a nitpick, however and that extra flashing of metal around the edges is a very small and inconsequential issue. The gap is the only thing about this handguard I really dislike.

So in conclusion, I took the barrel nut, shaved off the end to better buttress the handguard rail to the upper receiver and now it won't tighten properly. I've heard of others machining or dremeling their handguards to get it to fit and I just didn't do it right. So you either run the risk with this handguard of having a gap, or ruining it trying to make it fit. It's $40 wasted in the trash for me, lesson learned. You get what you pay for.

Fits cockeyed on AK47 and it’s out of square, cheap Chinese manufactured parts. Plus only half of order was ever delivered. Unsatisfactory performance, parts, and most importantly received zero help from Ohunt customer support. Will never bother you again for any parts, thank you and good day.

I think the basis of normal communication is that everyone needs to maintain the most basic courtesy, not insults for no reason when they come up.

The other half of your order has arrived US, you can check the latest status of the package according to the tracking number.

i purchase a no-good item and i can't have a warranty for it while it lacks instructions.,

I receive a faulty item, I emailed them and haven’t heard back from them. Even if the product was of acceptable quality, their customer service would turn me away. 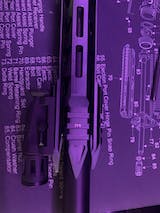 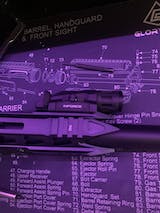